The Best Way to Build muscle with CJC 1295

This article discusses CJC1295 and its ability to facilitate muscle growth. The article also details What CJC1295 is and the…

This article discusses CJC1295 and its ability to facilitate muscle growth. The article also details What CJC1295 is and the functions it performs within the body, as well as the benefits the substance has on the body and performance.

CJC1295 is a synthetic biochemical molecule, initially produced by the company Conjuchem Biotechnologies, that works as a growth hormone releasing hormone (GHRH). It is an anabolic peptide hormone that functions as GHRH, a naturally occurring hormone in the body. It comprises of 29 amino acids, the same amino acids as GHRH, and this is what gives it the ability to mimic the hormone so well.

As previously mentioned CJC1295 functions by mimicking the naturally produced GHRH, and this results in the release of Human Growth Hormone (HGH) in the body. CJC1295 tries a more natural method of HGH stimulation in the body, instead of directly increasing HGH levels by synthesising a molecule similar to this hormone. This methodology is ideal because it does not elicit a sudden spike in HGH but promote a consistent release of naturally produced HCH. Unlike naturally occurring GHRH, CJC1295 needs a substance known as Drug Affinity Complex (DAC) to function adequately. Without the administration of DAC, CFC1295 will be inactive and not function in the body. 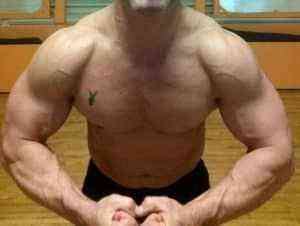 The predominant effect CJC1295 has on the body is the increased and consistent release of HGH and Insulin Growth Factor (IGF-1). Both hormones have a profound effect on most cells of the most and play a vital role in metabolism regulation.

IGF-1 is a strong anabolic steroid, that share many of the same functions of HGH, in fact HGH is the precursor to IGF-1. IGF-1 differs from the usual anabolic steroid, it also has hyperplastic effects, which create new muscle growth, instead of just hypertrophy of existing muscle. This hormone is also extremely beneficial to athletes because it plays a major in the repair and healing of connective tissue and cartilage.

Unlike usual anabolic steroids, CJC1295 will not in drastic muscle hypertrophy and a huge gain in muscle mass. It will have more of an effect on performance enhancement and fat loss. Due to the increase in metabolism the substances induced, it promotes lean muscle development and accelerated fat loss.

Should an athlete wish to gain muscle mass during “off-season”, they should use CJC1295 in conjunction with other steroids. A massive benefit of using CJC1295 with anabolic steroid especially during the “cutting phases” is the fact that it promotes accelerated muscle healing in periods if heavy training.

CJC1295 does not only have positive effects on the body, but it also greatly amplifies anti-aging, general body performance, and a youthful feel and look.

We can conclude that CJC1295 is a substance that induces the production and secretion of IGF-1 and HGH in the body. These hormones are responsible for a number changes within the body including; heightened metabolism, rapid tissue healing and repair, as well as increased performance. When it comes to bodybuilding, it is advised to substitute CJC1295 with other steroids, to increase muscle size and development.